The hotel Al Moro lies in Mel, in the province of Belluno, an ancient village that rises on a hill in the heart of the Val Belluna. Mel is 50 minutes far from Venice, 40 minutes far from Bassano del Grappa and 30 minutes far from Valdobbiadene, reign of the Prosecco and Cartizze. From the hotel rooms you can see the Dolomites in the North and the Pre-Alps in the South.


The territory of the Val Belluna is near the Belluno Dolomites National Park.
In an afternoon of relax you can visit the mining village of the Imperina Valley in Agordo and the hystorical centre of Feltre. In a few minutes you can reach the Mis lake and all its naturalistic beauties or visit the Charterhouse of Vedana.

Data of Mel in short

In SUMMER, Mel offers the possibility to enjoy in peace and quiet a naturalistic heritage, unique in the world, in fact it lies on the border of the Belluno Dolomites National Park.
So it is possible to walk through a wide network of  paths that allows you to spot the precious pearls of the park. In the nearby it is possible to practice every kind of sports activity: fishing, rafting, rowing, cycling, target-shooting and other ones.
In case of need, we are glad to show you the places and how to do these sports.

In WINTER, Mel offers, at a few kilometres, ski resorts with modern facilities, well-known in the world:
the Alp of Nevegal and the Civetta district are famous, but remember that it takes only 50 minutes to reach Cortina d'Ampezzo, the Dolomites  pearl.

Near the hotel annex, there is the office of the Pro Loco Zumellese (local office which organises cultural  events) and the Tourist Office, where you can find literature and brochures of the territory.

A Vacation to teach History

Mel, one of the most beautiful historic centres of the province of  Belluno, proposes a rich and important history: the early Veneti, the Gauls with the testimony of some placenames such as  Conzago and Tiago (two suburbs of Mel), then the Romans whose traces emerge from tombstones, inscrptions, coins, milestones and roads such as the Claudia Augusta Altinate, whose traces are still visible in Praderadego; then the Longobards; an example of their domination is the church of Saint Donato. In Mel a Paleovenetian settlement came to light at about one kilometre from the  centre, in Tempietto Street; there, after a serie of excavations,a burial ground was brought to light; it contains about sixty tombs arranged in some enclosures, called circles. You cannot think of Mel, without thinking of the Castle of Zumelle "born to be a military garrison and also an important political stronghold; the attentions, the aspirations, the contrasts, the disputes, the distructions and the re-construction are its witnesses".

Mel rises on a hill near the river Piave, sacred to the Country, once fortified and protected by a big castle. Today the perimeter can be recognised in the palaces that contain the main square, in the centre of which there is an ancient pole, dated 1520; there were also three entrance doors, but now you can see just one. In the main square there are wonderful palaces, once seat of the local nobility; there is an imposing, baroque, eighteen-century Archpriest Church, which is particular because it does not have the bell tower, collapsed for a fire in the eighteen century and never built again.

Near this main church, there is the older one dedicated to the Addolorata (Our Lady of Sorrow), that keeps fifteen/sixteen-century paintings. The today's structure is only the apsidal part of the old church, destroyed by the collapse of the tower bell. On the North side there is a small tower used as tower bell.

In the Palazzo delle Contesse (The Countesses' Palace) there is the Civic Archaeological Museum, which contains the tomb outfits coming from the Paleovenetian Necropolis situated in the lower part of the town. This Necropolis is one of the most interesting of the Iron Age. The Museum contains pottery and bronze urns, personal decorative objects such as vessels, rings, bracelets, brooches, belts with decorated hooks, fibulae and everyday objects such as knives, drifts, whorls,  and needles for spinning.

Mel is an ideal destination thanks to its variety of scenery and attractions.

The Belluno Dolomites, UNESCO World Heritage Site, can be easily reached by car in no time. 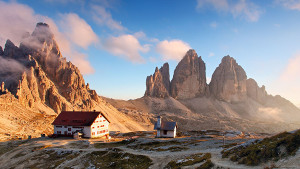 And why not grant a romantic day in Venice reached in just over an hour's drive?

Not only beauty, but also because goodness in our area you can taste the excellent regional food and wine. 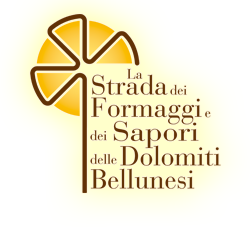